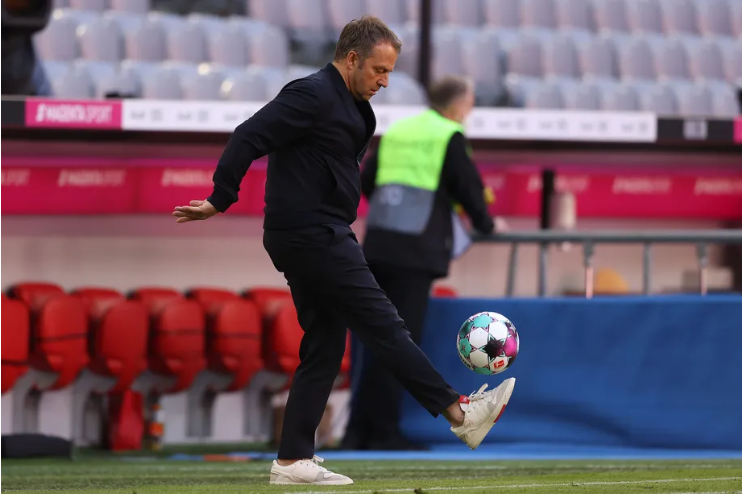 One of the main concerns at the midseason/winter World Cup in Qatar was that players won’t be fresh heading into the tournament, already a bit worn out playing half a season with congested schedules. That will surely run the players into the ground, moreso at the World Cup. In the case of Bayern Munich, their whole Germany contingent are in line to start every game.

According to a report from Bild (as captured by Twitter account @iMiaSanMia), Germany head coach (and ex-Bayern gaffer) Hansi Flick is planning to Thomas Müller, Leroy Sané, Jamal Musiala, Serge Gnabry, Joshua Kimmich, Leon Goretzka, and Manuel Neuer. The defence is the only area of the team without Bayern players (does Niklas Süle still count?)

The reasoning behind this is because of the chemistry between those players and the familiarity of playing with each other. As for the other players, Chelsea FC attacker Kai Havertz will be Müller’s competition at striker while Werder Bremen frontman Niclas Füllkrug is seen as an impact sub. Factor in the fact that Flick already coached the Bayern contingent helps the 57-year-old’s case.

Whatever happens, can Hansi at least not send our players back with a knock or something?