Tuttosport:Milan believe Ajax sensation could be right man to fresh the affack 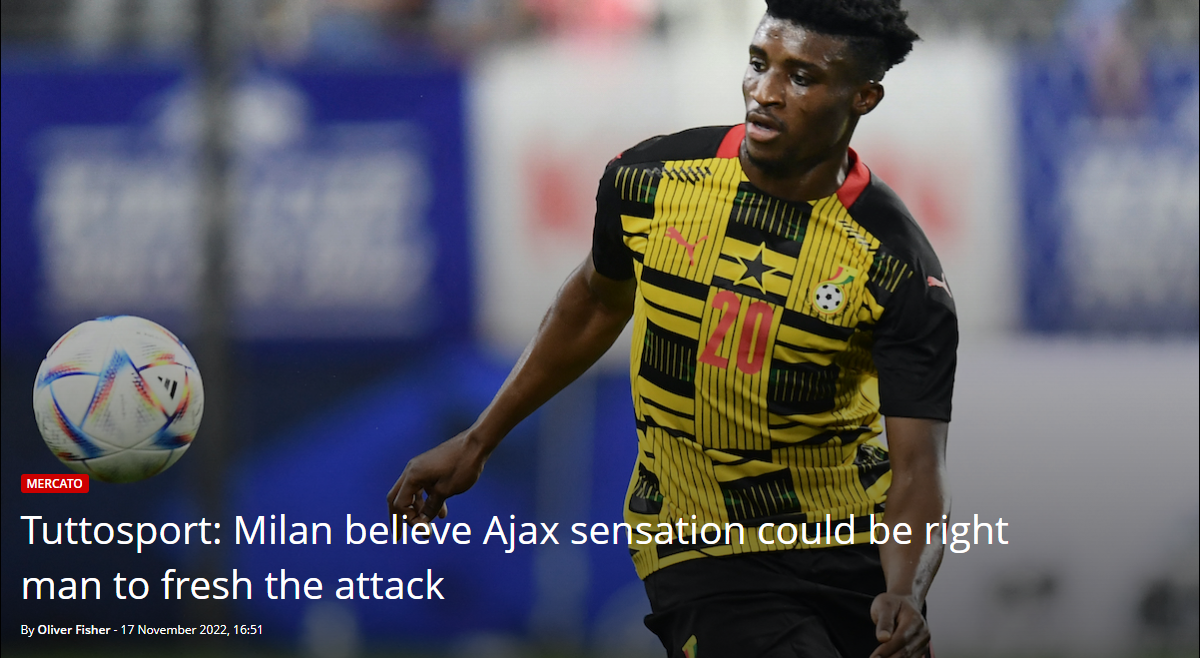 AC Milan remain on the lookout for talented young players to invest in and the latest name comes from the Eredivsie, a report claims.

According to Tuttosport (via PianetaMilan), Paolo Maldini and Ricky Massara are thinking about the future of the attacking department given the struggles in the right wing and playmaker roles in particular with nobody nailing down a starting spot like Rafael Leao has on the left.

Zlatan Ibrahimovic’s deal runs out of the season and he could retire, while Olivier Giroud’s contract is also about to expire and though he should renew he will turn 37 next season.

Marko Lazetić still doesn’t look 100% ready, Divock Origi has found it more difficult than expected, Charles De Ketelaere hasn’t hit the ground running, Brahim Diaz’s loan expires while Alexis Saelemaekers and Junior Messias have alternated on the right more because of their inconsistency than anything else.

To refresh the attack, Milan are thinking of Mohammed Kudus from Ajax, who can play either as a ‘false nine’, as a trequartista or as a winger. His specialties are dribbling and speed, as well as finishing which his 10 goals in 21 games for Ajax this season show.